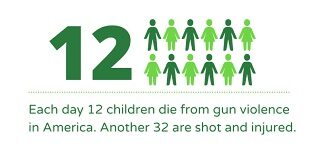 A recent Boston Globe article clarified an anxiety, a despair I feel as an educator each time the news covers a traumatizing incident at a school. The article entitled, Mass Shootings Are Taking a Toll on our Mental Health, was in response to another horrific school shooting massacre in Uvalde, Texas killing 19 elementary students and 2 teachers. It’s the most recent example of the mounting carnage wrought by the political inaction of this century; a crass, immoral gun lobby; the ambiguous wording of the Second Amendment; and a continued indifference of the American voter when it comes to reforming gun laws.

My anxiety and despair is visceral when it comes to schools, teachers and students. As the Globe article pointed out, “No matter how far removed we might personally be from the events, experts say, they still take a toll on our mental health… It can be very personal even if it’s a distant experience.” I felt this way 23 years ago as a first year principal when news broke of the Columbine, Colorado shooting on April 20, 1999 taking 15 lives and injuring 24 others. We had a scheduled school board meeting that evening and the published agenda seemed trite. The discussion quickly turned to school safety concerns we seemingly never had to think about previously.  However, from that day to the present, schools have had to continually ramp up safety awareness and active shooter drills. Schools have been hardened and police officers added, yet school shootings proliferate as weapons of war easily fall into the hands of teenagers who can legally purchase and carry guns in too many states across the country. Each school shooting is a subliminal reminder that no matter the distance, your school or community could be next.

Trauma Can Travel Across Time and PlaceRead More »